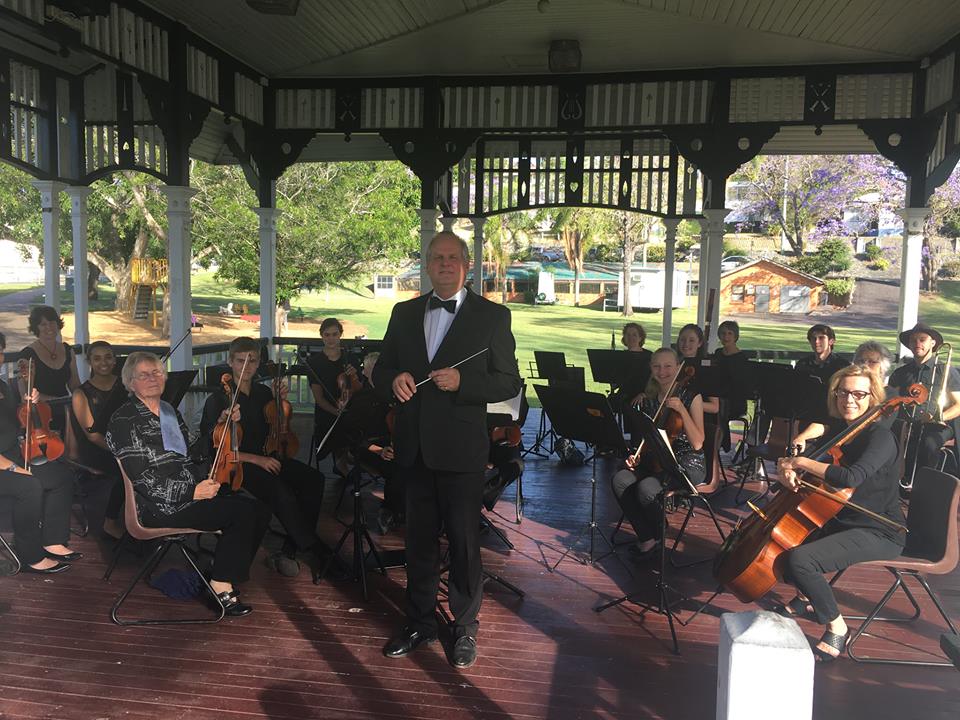 The Cooloola Community Orchestra is putting on a musical afternoon tea at the Tin Can Bay Community Complex, on Sunday, the 11th of June at 2.30pm.  The audience will be seated around tables and can enjoy the music with a cuppa and cake, which is included in the admission price.

The Orchestra has been rehearsing since the beginning of the year, and have decided to take the results of all that hard work to the communities at some of the district’s country halls, which are splendidly maintained and functional. After being in recess for 18 months, the orchestra has a new conductor, Lloyd Robins, who has already made an impact with his dynamic style on the newly formed orchestra which has previous and new members. He is also conducting the ‘Gympie Strings’ who were formed after the orchestra went into recess, and they have gained much by Lloyd’s directing.

The ‘Gympie Strings’ will command the first half of the program and after interval they will join the full orchestra. The music on offer is light classical, Irish music, music for pleasure like “The Entertainer”, a Leroy Anderson medley and more.

The committee has gratefully accepted an offer from Sue Flower to indulge the audience with her masterly skills on the mandolin, with Pam Graham on piano.